Development of novel chelators for 89Zr

The radionuclide Zirconium-89 (89Zr) is an emerging new metallic radionuclide with promising characteristics for application in high resolution PET (positron emission tomography) diagnosis in the field of nuclear medicine.1 The physical half-life of 89Zr (t½ = 78.4 h) matches well the biological half-life of antibodies (Abs) and thus, their combination in immuno-PET agents shows great promise because optimal tumour to non-tumour ratios important for imaging at late time points can be achieved. Several preclinical studies and clinical trials have demonstrated the potential of 89Zr-based radiopharmaceuticals, in particular 89Zr-labeled Abs. A major limitation of the use of 89Zr for immuno-PET imaging is the lack of appropriate methods for the stable chelation of the 89Zr radionuclide. To date, the 89Zr labelling of Abs is obtained exclusively through derivatives of desferrioxamine (DFO). The use of DFO as a chelator is very attractive since it has been safely used in the clinic for many years for the treatment of acute iron poisoning. However, the production of 89Zr-DFO coupled antibodies is quite challenging and there is evidence that some 89Zr is released from the chelator in vivo and taken up in the bones of mice. The potential release of radioactive 89Zr in vivo and accumulation in radiation sensitive bones is a safety concern and the search for better chelators for zirconium is therefore highly desirable. In collaboration with the group of Prof. Thomas Mindt, we have recently described a highly stable octadentate chelator (DFO*).2 As can be seen in Figure 1, DFO* allows for an octadentate coordination of 89Zr.2 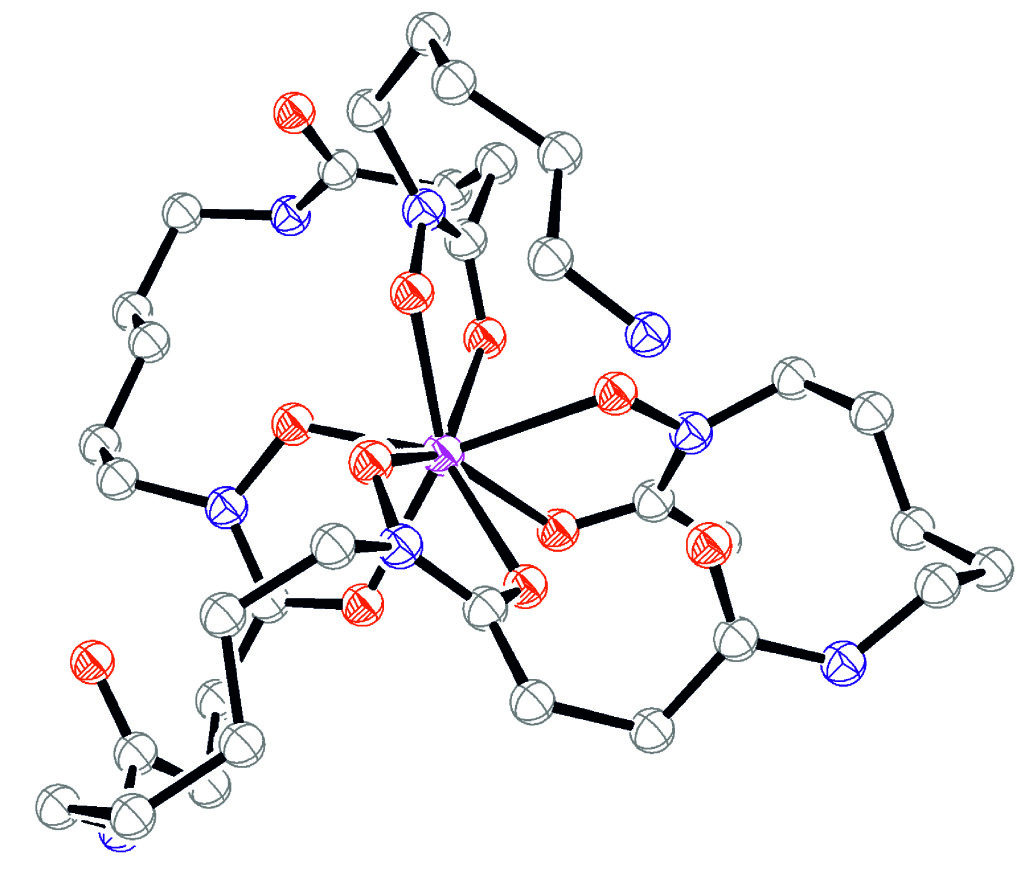 To test the stability of DFO* in vivo, experiments were performed on tumour bearing mice and showed that the octadenate DFO* had significantly improved stability when compared to the hexadentate DFO (Figure 2). Subsequent studies, including recent in vivo studies done in rhesus monkeys,4 have shown that DFO* continues to be the most promising chelator for 89Zr. 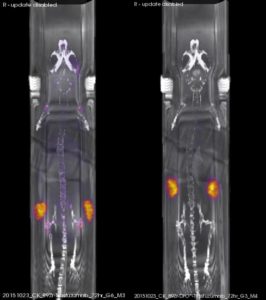 Following the synthesis of DFO*, we turned our attention to the synthesis of water-soluble version of DFO* which would facilitate its use as an immuno-PET agent. This led to the design and synthesis of the water soluble oxo-DFO* (Figure 3). This novel compound, which is synthesised via a solid phase peptide synthesis method, maintains the high 89Zr selectivity and stability as DFO* whilst having significantly improved water solubility properties.

Current work is focused upon the further development of DFO* derivatives to allow binding to an array of different biomolecules.